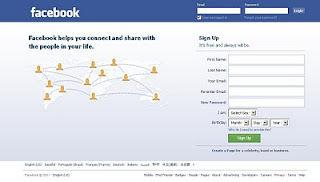 In 2010, The Social Network movie announced Facebook had 500,000,000 members. They even announced it before Facebook, regardless, it happened. Now Facebook is said to have 600,000,000 members. That's quite a lot. Which brings up an interesting question, has Facebook peaked?
We don't have to look far back at the history of social networking sites to know what happens after you stop growing. Remember Friendster or MySpace? Momentum is everything for social networking sites, in large part, because they require an insane amount of our time. Eventually we grow tired of these sites, like me. I dropped Facebook like a bad habit (which it was) 6 months ago. I had been a Facebook user since 2004 and I don't regret my decision to let go of it.
My guess is that Facebook will be relevant for another two years, at which point a new site will come and take its place, and the cycle will begin anew.
Facebook