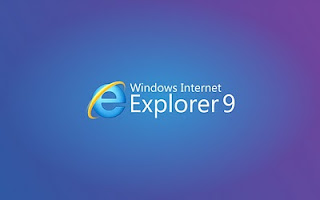 There has been a recent trend in this blog to criticize Microsoft (see recent articles on innovation and the CEO profile). However, we do not hate Microsoft. Bryan wrote glowing articles about the Xbox customer service and the Xbox Kinect. We just call them like we see them and hopefully that does not mean we are shooting from the hip.

After two years of not getting "it", Microsoft finally gets it with Internet Explorer 9.  IE9 is fast and clean. Now if only our beloved IT departments can install IE9 on our work computers, but they will probably lag.