By timeofthetech March 31, 2011
Every year Forbes magazine releases a list of the richest people in the world. For many years Microsoft founder, Bill Gates was #1 on the list, hence, I have always associated the list with technology.

For this month, we will breakdown the top five riches people and whether they or their companies contribute to technology . Here are the top five: 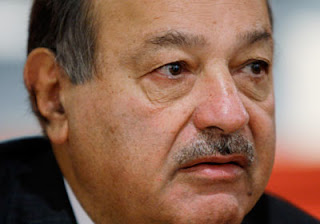 Unknown said…
I would not say that because a company is all luxury, they are anti technology. This is definitely not true in the automotive industry where luxury(mercedes benz, aston martin, etc.) brands are probably on the cutting edge of technology. I don't know much about watches but I'm willing to bet Tag Heuer is probably towards the top in terms of watch technology...
March 31, 2011 at 5:23 PM

timeofthetech said…
@OscarA, I mostly agree with you, I was generalizing too much with LVMH. Cars are a perfect example of how luxury can be fused with technology. I guess a good way to break down if a company is technology driven, is by looking at their R&D department. There probably isn't a large percentage of resources devoted to R&D in the luxury perfume, hand bag, and even watch industries.
April 1, 2011 at 12:04 PM