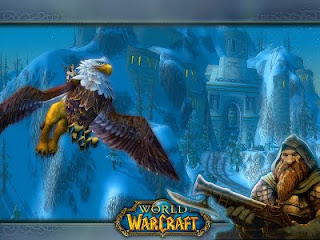 The Princeton dictionary defines reality as "the quality possessed by something that is real". Real is defined as "being or occurring in fact or actuality". Then you start to define fact and actually, and it does not take long before you have reached the circular definition dilemma of our languages and dictionaries.

How can we truly define reality, when we can not define truth? Okay, let us not get that deep... Is reality then just being awake? Or perhaps, reality is being in a realm where you are are able to imagine. Because our dreams sure feel real while we are in them. Movies and books feel real when we are engrossed by them. We cry in some movies. I don't cry, although I have gotten "misty" eyed. The Ancient Greek, Aristotle, took it further and believed in catharsis, that this emotional connection in the reality of plays was therapeutic. For all we know, reality, can just be the perfect mix of synapses in our brain firing off, a view supported in The Matrix.

Recently there have been advances to alternate realities. When these realities come through computers, they are called virtual realities. The most famous and successful virtual reality is the World of Warcraft (WoW) game. I have played WoW on and off since it debuted in 2005. I play the game in cycles because the game is time consuming, it threatens to take over as my primary reality. WoW has taken over the primary reality for many people. For players, time not spent in WoW is lost experience or gold for their character (i.e., their beloved gnome warlock). Some people spend an unhealthy amount of hours a day playing WoW, these people ignore their school, job or spouse. The consequences can be broken bonds with our loved ones, lost jobs and failed classes. And why? It is just for a game.

Well, no. As mentioned, WoW, is another reality. A reality where your character progresses and is rewarded by a standard unlike real life.* A delicate balance of time spent in the game and skill level reward players more fairly than the real world. There is no equivalent in WoW to this realities' aristocracy and poor who have been poor for generations. Frequent expansions to the game reset the playing field. And contrary to outsider's belief of the game, WoW is vastly socially interactive.

As a friend, Claude, once said the only thing preventing some people from losing themselves in today's virtual realties, like WoW, is the fact that if they play too long they will lose their jobs and thus can not afford to pay their bills (including the game's monthly fee). Let us hope in-game economies do not spill over to the real world. If anybody has played games like WoW, you might have already seen the beginnings of this. Players have been selling WoW gold for real US dollars in spite of the forbidden nature of this act. Further raising concerns, is the more "life-like" virtual realities that are coming within the next few decades. We must always be careful to keep ourselves grounded in the real reality, however fair-stimulating-enticing these alternate realities all.