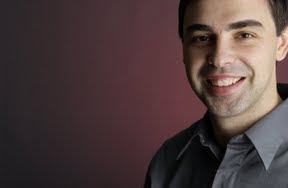 Education: Bachelor degree in computer science from Michigan University. Stanford University PhD drop out. Have you started to get the picture about these billionaire founders of tech companies? They drop out. School can not contain them, much like college would have been a "waste" of time for Lebron James or Kobe Bryant. Too bad we can not all fit that mold.

Memorable Quote: Could not find that many quotes. Not surprising since Mr. Page is considered an introvert. Hooray for introverts!

Other Endeavors: Mr. Page invensts in alternative energy companies, such as Tesla Motors.

Interesting Facts: Mr. Page gets an annual salary of $1. Do not feel bad for him, he gets plenty of bonus money.

Why we love him: The first thing he did when he took over as CEO earlier this month is shake up management. To foster more innovation he has empowered the individual groups within Google (i.e., YouTube, Android). In many way, Mr. Page is the opposite of the Microsoft's Steve Ballmer. Mr. Page is a lovable nerd.

Why we might not love him: Here are two critiques on Google, not directly at Mr. Page. While Mr. Page and Mr. Sergey Brin (other co-founder of Google) let Eric Schimidt run around as CEO of Google for ten years, Google lost a lot of that innovation "swagger" that a start up possesses. Google was close to becoming the next Microsoft (i.e., milking the same cow year after year). Also, I do not know how much input Mr. Page had in the net neutrality proposal it co-sponsored with Verizon, but it was a joke.
CEO Google Larry Page