The Issue of Bringing Back the Woolly Mammoth 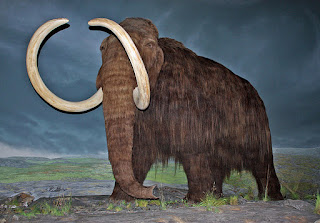 If you have not heard, the woolly mammoth is coming back! Well, that is at least the attempt of scientists from Japan and Russia.

The short version of the technology is that the scientists will replicate the DNA from old woolly mammoth bones...you know... very similar to the idea behind the Jurassic Park movies.

I do not doubt that we will be able to bring back extinct animals as long as we have viable DNA. Furthermore, we will have the technology to clone humans, even ourselves. Life has taught me that if we can imagine a technology, then it can be done. We might be decades and centuries away from making that technology in to a reality, but it will be done.

We are in an age of rapid technological advances. However, we cannot make things just because we can. So often we are "forced" to make new and more deadly weapons, because if we do not, our enemies will. That dilemma will never go away. People with money are often motivated for a new technology, not because it will save us time or make us healthier, but because there is money to be made from the technology. Being motivated by profits or fear conflicts with ethics and morals. Profits and fear will always trump ethnics and morals. Is it right to clone humans? Is it right to have a weapon that can kill millions of people with one blast? We know the answers to these questions and we know the outcome.