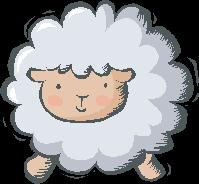 It has been six months since my last post. As expected, a lot has happened. The main thing is that I have been married for six months. As foretold, I do not have time for some of my previous hobbies. For me, that translates into less time for blogging and reading. But I paid for another year of this domain name, so I am going to put it to use.

Back to the last six months....The most surprising phenomenon is the deterioration of my relationship with Google. I never thought my relationship with Google would be this way while Larry Page and Sergey Brin were in charge. I never thought I would warm up to Apple, after disliking most tactics used by Steve Jobs (e.g., partnering with only AT&T, App Store rejection policy). Please do not infer that I no longer value Google because I do. However, the halo that I perceived to be on top of them is now gone.

I have always had great respect for Gmail, Google Search, and Google Maps, so I fully supported Google with their Android project even when I knew their product was not as good as the iPhone (e.g., G1, MyTouch). There was an ethereal value in the goals of Google that made up the difference between the G1 and the first two iPhones. As Google has repeatedly let me down, that ethereal value is not there anymore. An example of a let down was when Google shoved applications down our throats for us to beta test, (i.e., Google Goggles) which were worthless and we could not delete from even their Nexus line. They are just another company whose main goal is to put black ink (i.e., profits) onto their quarterly reports. And no longer can I turn a blind eye towards Google's aggressive data mining of our lives.

Google advertised Android as open for all including customers, not just open-sourced. In the end it was open for carriers to load more bloatware. In the end the market was open for more malware. In the end we got manufacturer "skins" on the operating system (e.g., HTC Sense, Samsung TouchWiz) that did not enhance the Android experience, but only served to hinder Android devices from getting operating system updates. Google failed to support even their own Nexus One for a full two years which should be the standard since that is how long cell phone contracts last.

Because of all this, my addiction to buying into anything Google has been cured. No longer will I buy a piece of turd only because it has the Google branding (e.g., HTC MyTouch). As evidence of me being cured, please take into account my last few purchases. When picking out two new phones for my parents in January 2012, I chose two new iPhones. When I bought a tablet in March 2012, I chose an iPad. But now, I have been accused by my friends of being an iSheep (mostly Bryan). The accusation is nothing more and less than false. I do not have a blind devotion Apple. Plus, I still recommend Android devices, just not with the same fervor.
Apple beta testing Google iPad iPhone