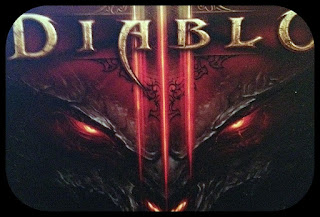 The much anticipated Blizzard game, Diablo III, was released in May 2012. I did not have a chance to pick up a copy until this month. Let me begin by acknowledging that the game is very good. But there is an aspect of the game which worries me. Diablo III has an auction house where you can sell the items you get from the game. These auction houses have been around for some time in video games. The difference with Diablo III is that not only can you bid with the in-game "gold" money, but you can bid using real money. So if your character manages to "loot" a unique item, maybe you can sell it for US dollars. I have already heard stories around my gamer friends of an item selling for $50.

The real money auction house in Diablo III, brings me back to a discussion I had with a friend, Claude. We talked about how the only thing stopping hardcore gamers from immersing themselves in games and losing track of reality was if they found a way to make money from playing their video game. To make enough money to pay for their rent and food. For now, the real money auction house in Diablo III has not advanced to the point that gamers can make a sustainable living from playing even 100 hours a week. But this real money auction house is just the opening of the flood gates. As the in-game economies become more sophisticated and are able to co-exist with real economies, these games will sadly become the only reality for some people.