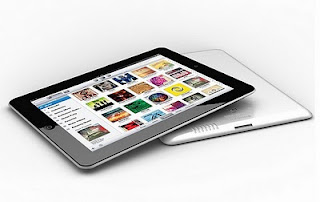 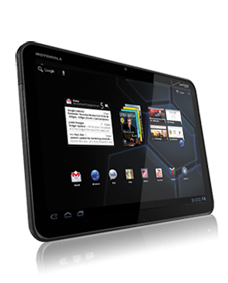 The mobile phone war between Apple's iOS and Google's Android OS has been going on since days of the iPhone 3G and the HTC G1, way back..... in October of 2008. After much wailing, grinding and mashing of teeth, Android has overtaken iOS as the most used operating system on smartphones in the US. But with the iPhone debuting on Verizon, who knows what the outcome will be....

And yet, in spite of this uncertainty, a new war commences between iOS and Android, this time in the tablet sector. Like before, Apple drew first blood with the iPad.  A worthy Android challenger has finally risen in the Mortorola Xoom, but can the Xoom stand up to the iPad 2? You will decide. Check both of them out at your local stores.  The Xoom is out as of now, at Verizon stores, and the iPad 2 goes on sale March 11.
Here's a breakdown of the basics:

One thing is for sure in this tablet war, Microsoft is late to the party, again. Microsoft is talking about throwing a desktop operating system, Windows 7, into their tablets. Inefficient, clunky and lame.
Android Apple Google TV iOS iPad 2 Motorola Tablet Xoom